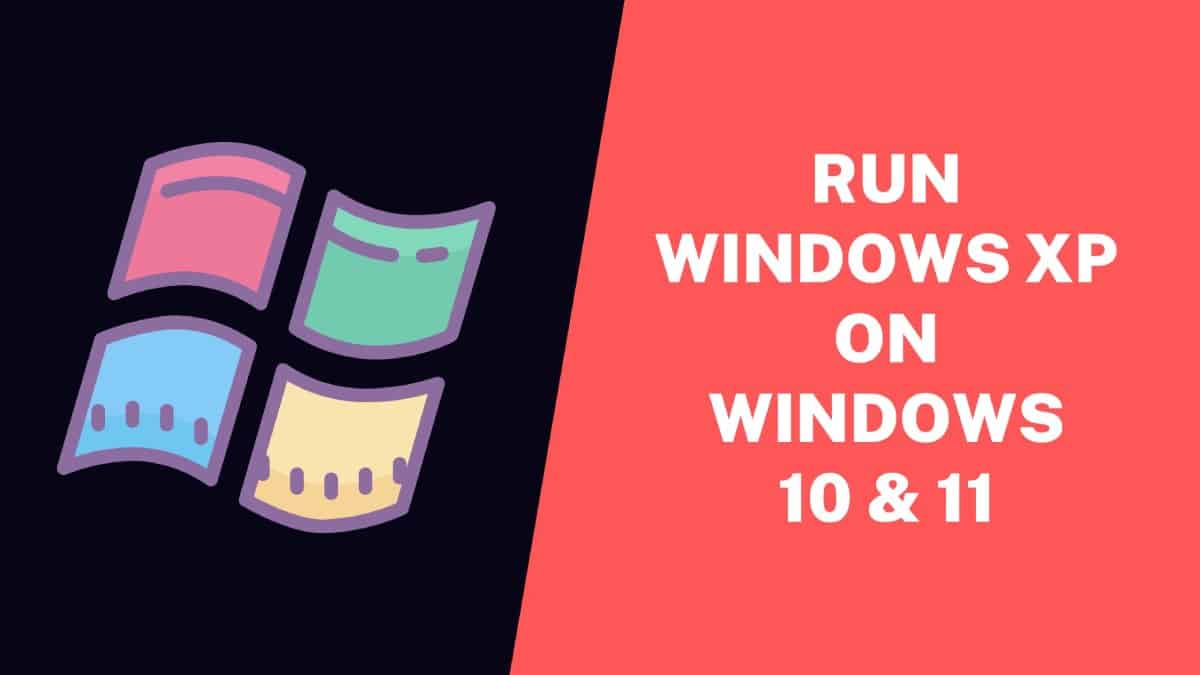 Did you know it’s possible to run Windows XP inside Windows 10 and 11? It is. But it’s hard. You should know about the two keys here – one requires a product key, and the other doesn’t. Unfortunately, there isn’t much to refer to about how to do this online. This article may help people get off deadbeat websites, which charge $30 for non-working tools that don’t work anyway.

There are currently three known ways to run XP on Windows 10 and 11. The following guide explains how to use these methods to run Windows XP.

The Popularity of Windows XP

Windows is famous for all the right reasons, out of which we could settle for the ease of use. Moreover, these Windows are generally supported for an extended period due to the platform’s wide userbase.

Virtualization is the most effortless of all three methods but requires the best computer. Therefore, this method is unsuitable for older computers – you’ll need a processor that supports hardware virtualization, including an Intel VT or AMD-V CPU rather than just an emulator. You’ll also need at least 2GB of RAM and 15GB of hard drive space free on your “host” machine (the one running Vista), as well as some virtual disk space for the VHD file(s) used by XP.

Start by creating a new virtual machine in either Virtual PC or Hyper-V (we recommend Hyper-V if you have the option). If you don’t know how to do this, google “create virtual machine” with the name of your preferred virtualization software.

For Virtual PC 2007, we recommend using a base RAM size of 1024 MB. When prompted for the amount of hard disk space to use, enter at least 20GB – even if that’s more than you have available on your host machine. It will ensure that any snapshots are stored externally so other operating systems can access them without running out of space.

Next, attach an ISO image containing XP installation files (you could also use a CD or DVD, but you’ll need physical access to it while it’s in the VM and won’t be able to pre-configure anything). Finally, if you don’t have a copy of XP handy, we recommend downloading a legal free trial. You can get Windows XP Home Edition for free from Digital River – search “free XP download” on Google and follow the links to their website.

For Virtual PC 2007, set the network adapter to “Bridged.” For Hyper-V, you’ll want to attach your new VM’s hard disk as an IDE drive connected to an emulated virtual drive controller (if it isn’t already) and ensure that this controller is attached to a second physical hard disk stored outside of the VM so snapshots will save externally.

Once your VM boots up, load windows XP setup from within Vista; your VM machine boots up. Then set up your windows install.

Once it’s done installing, you can go ahead and take snapshots before starting to install the software so you don’t mess anything up. When ready to switch operating systems, choose Snapshot > Take Snapshots of This Virtual Machine before shutting it down.

To boot back into your Vista host machine, press the right Ctrl key while choosing which virtual machine to start.

Virtual PC 2007 Tips: If you get the error message “Failed to read sector 0” when trying to load XP from within Vista, try again or enter safe mode (press F8) in XP setup and manually specify loading files from cd/DVD instead of hard drive – this should resolve any problems with installing drivers.

Virtual PC 2007 has a bug that will cause your mouse cursor to disappear when it moves over the vista desktop/taskbar. To fix this, minimize any open windows in XP – this should bring the cursor back.

Hyper-V Tips: Be sure to attach your XP VM’s hard disk as an IDE device to an emulated virtual drive controller. If you don’t know how to do this, google “attach a disk image file.” When creating your new virtual machine under Hyper-V, for best results, ensure that you’ve allocated at least 2GB of RAM and 20GB of disk space on your host machine (both numbers are required).

This method should work with any Intel-based Mac except the first generation MacBook Pro – it’s only been tested on a mid-2007 model. We don’t have a pre-unibody MacBook to test this on, but we suspect the instructions should be the same as those for booting into XP off an external USB drive.

Before performing any tests or attempting to install XP, take a backup image of your “Macintosh HD” partition using Disk Utility (in Applications/Utilities) to restore your system later if something goes wrong.

Then restart your computer and hold down the alt/option key while booting up – you’ll see this screen soon after: From here, choose the “Windows” disk image to start the Windows XP installer. This is probably because Boot Camp hasn’t been installed yet if you get an error message about not finding any hard disk drives.

On your Mac, go to Apple Menu > Software Update and install all available updates for your Mac OS X Leopard installation – everything must be up-to-date before proceeding. Then insert the Mac OS X 10.5 Leopard DVD and run the Boot Camp Assistant application (under Applications/Utilities).

From here, follow the on-screen instructions until boot camp has finished installing drivers and setting up partitions on your HDD: When prompted at each setup stage, press enters or continue as appropriate. Once you’ve finished partitioning your drive into three parts (one for Mac OS X, one for XP, and one for virtual memory), the XP installer should automatically boot up:

It is a good idea to press F8 and disable driver signing under the “Boot Options” tab before continuing with setup. After choosing your language preferences and pressing next, you’ll be asked to specify additional drivers. Ensure that only the following two options are ticked: “Network Adapter,” then “Apple Software RAID Controller.” Ignore any warnings about other drivers – this shouldn’t cause you any problems. Now follow along with setup until Windows eventually boots into a full-fledged working copy of XP.

The Apple Software RAID controller is a fake IDE controller which emulates two standard IDE drives in software – this is necessary because Boot Camp can only install drivers for real IDE devices. Unfortunately, XP doesn’t detect the virtual drives created by this controller reliably.

If you get an error message about your disk drive being unreadable or missing, just quit setup and press F8 while rebooting into “Safe mode Command Prompt only,” then type “CHKDSK /R” (without quotes) at the cmd prompt. It will perform an integrity check on all of your files instead of checking for bad sectors, after which Windows should boot successfully.

Under general usage conditions, XP will run relatively sluggishly under Virtual PC 2007/Boot Camp/VMWare – we would recommend running Virtual PC 2007 if possible since it’s much faster than the others (and free to use). Unfortunately, some pretty severe issues with VPC under Leopard can cause BSODs or random freezing – these issues don’t seem to exist when running XP on Boot Camp. Also, the experts haven’t tested VMWare’s XP emulation yet. Still, if you want to install it (or try another VM emulator), I’d recommend using the original Windows installation CD instead of an image file.

When XP is up and running under Virtual PC 2007/Boot Camp/VMware, everything should typically function apart from the guest OS’s lack of 3D video acceleration. If your Mac has an Nvidia card, you can quickly fix this by installing NVInject as outlined here. Note that this driver is a hacked version of the official NVInject driver, and it’s unclear whether or not it will remain functional once NVIDIA releases updated drivers for Leopard.

What Are The Windows XP Emulator Options Available?

The virtual environments to emulate Windows XP are VirtualBox, Vmware Player, and Hyper-V, which are easy to run. You can start the installation immediately, and your choice could be either. If you find it uncomfortable to install third-party applications, then Hyper-V would be preferred.

This guide should work on any Intel-based Mac with at least 512MB of RAM. Some have successfully tested it on the 2GHz Core Duo MacBook. You can safely ignore any error messages you see about setup failing due to lack of disk space, as long as you leave at least 50GB free for XP (the actual partition size required may vary depending on your exact setup).

Note that if you get an error message about no valid partitions being found, this usually means that Virtual PC 2007 has failed to create a virtual hard drive image file – reboot into “Safe mode Command Prompt only” and type “VMware Virtual PC 2007/VMWare Fusion.

app/Contents/SharedSupport/Virtual Disk Manager/VMMakerDialog.sh”. You should now be able to create the necessary virtual hard drive image file (unless you get an error message about /dev/disk1 not being found, in which case reboot into OS X and use Disk Utility to create a new blank partition of the same size as your existing Boot Camp partition).

This article was last modified on October 4, 2022 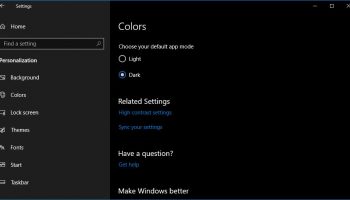 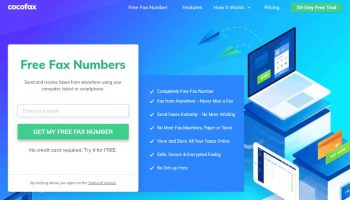 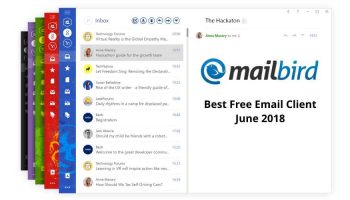 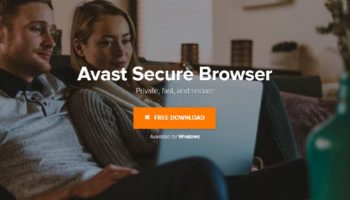 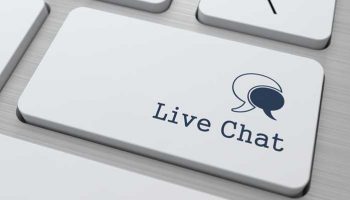 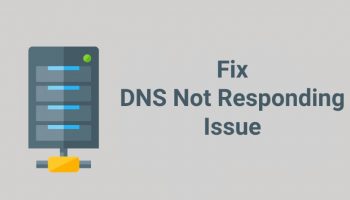