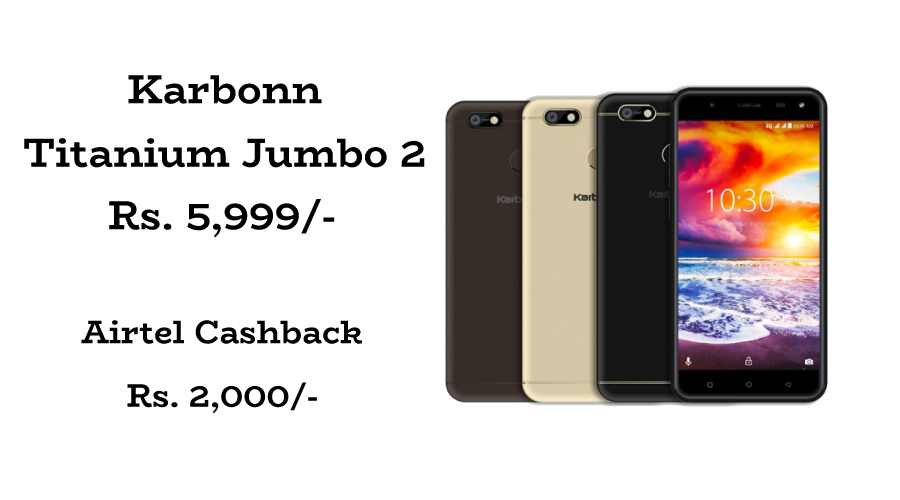 Karbonn Mobiles last week launched a new smartphone in the Indian market, the new Titanium Jumbo 2. The smartphone is launched with attractive offer with Airtel. The main highlight of this mobile is that, it comes with a 4000mAh battery in which the company claims, it can provide a standby time of up to 400 hours and talk time of up to 16 hours. The handset will be available in Black, Champagne, and Coffee colour variants.

The budget handset will be available to buy from Amazon.in at a price of Rs. 5,999. As a part of the launch offer, an Airtel cashback of Rs. 2,000 is also given which makes the handset price effectively Rs. 3,999. However, the Rs. 2000 is not given as cash, Rs. 500 will be credited to the user after 18 months, and the rest Rs. 1,500 will be credited after a total of 36 months. A cumulative recharge of Rs. 3,500 is required to be eligible for the cashback offer, in the first 18 months as well as the subsequent 19-36 months. In order to get this offer effectively, Karbonn recommends Airtel users to do recharge of Rs. 169 prepaid pack every month in which users will get cashback and the recharge benefits of unlimited voice calls, 100 SMS messages per day, and 1GB data per day with a validity of 28 days.

Coming to the specification side, the Karbonn Titanium Jumbo 2 features a 5.5-inch HD IPS LCD display with a resolution of 720×1280 pixels and with 2.5D curved glass. The smartphone comes with dual-SIM support and runs on Android 7.0.1 Nougat. The new phone is powered by a 1.3GHz quad-core SoC processor with 2GB of RAM. The Karbonn Titanium Jumbo 2 comes with an internal memory of 16GB and which can be further expanded up to 64GB via microSD.

The mobile features a 13-megapixel rear camera with LED flash and on the front side, the handset is provided by an 8-megapixel selfie camera. The front camera also comes with LED flash. In case of connectivity, the mobile supports 4G VoLTE and also includes luetooth, USB OTG, GPS, Wi-Fi 802.11 b/g/n, micro-USB. The handset has a rear-mounted fingerprint sensor on the phone offers accessibility options including image scrolling, notification bar access, and privacy features. The smartphone comes with a 4000mAh battery which can provide a standby time of up to 400 hours and talk time of up to 16 hours.

This article was last modified on February 20, 2018 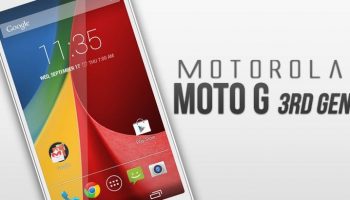