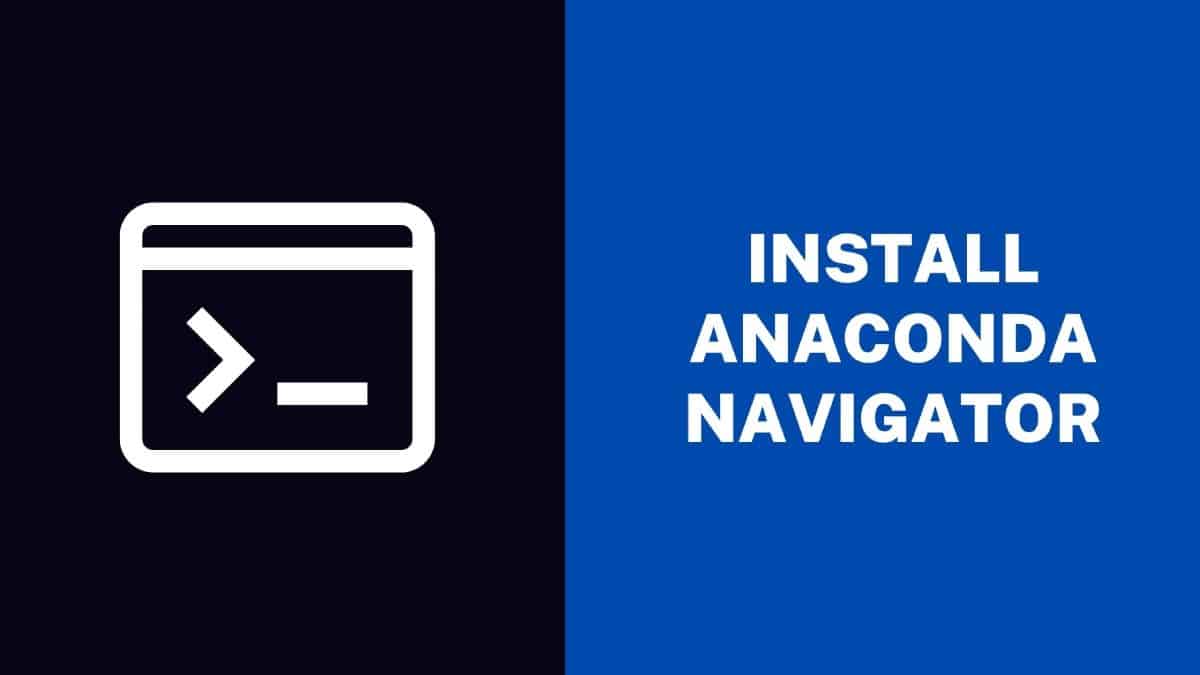 While dealing with the new navigator, people always wonder how it would work on the packets they have, and it should also be compliant with the operating system you maintain. If you want to learn more about the installation, you should have a basic knowledge of the navigators and the steps to install the same.

The distribution of the two most important programming languages – Python and R within the scientific computing area contributes to the idea of Anaconda. In addition, the concept believes in simplifying package management and deploying the same. The data science packages available within this navigator include Windows, macOS, and Linux.

Peter Wang and Travis Oliphant are the creators ingenious behind the idea, and this concept was developed and introduced in 2012 while the duo established Anaconda Inc company. Also, dominantly known as Anaconda distribution or individual edition, it has gained the attention of several designers.

In this article, we have discussed how to install Anaconda Navigator in Ubuntu. In addition, more details about the package versions, features of the Navigator, and other installation concepts have been shared in detail.

Anaconda is an open-source toolkit that is freely available with thousands of packages and libraries and is used worldwide by solo developers. It is a distribution of programming languages like Python and R specifically for scientific computing and aims to simplify package management and deployment.

Scientific computing includes data science, machine learning applications, large-scale data processing, predictive analysis, etc. The need for Anaconda depends upon the user’s workflow and preferences. Developers with just the need for core data science tools without installing extra libraries could go for Anaconda. It leads to a more straightforward way toward deployment at the end and in the process.

Anaconda can work efficiently on Windows, Linux, and macOS and is maintained by Anaconda Inc., which Peter Wang and Travis Oliphant founded in 2012.

Conda is open-source, which helps in cross-platform, language-agnostic package manager and environment management systems which install, run and update packages and their dependencies.

There is a desktop graphical user interface (GUI) known as Anaconda Navigator in the Anaconda distribution. It allows users to do so many things like launch applications and manage Conda packages, environments, and channels without even using command line commands. Some of the applications available by default in Navigator include JupyterLab, Jupyter Notebook, Spyder, Glue, and many more. It is available for Windows, macOS, and Linux.

Anaconda Navigator comes with an Anaconda Individual Edition. Anaconda individual edition has over 250 million users worldwide. It is one of the world’s most popular Python distribution platforms. It is an open-source and flexible option that helps in providing the utilities to build, distribute, install, update and manage software in a cross-platform manner.

It is easy to run and manage multiple data environments separately without interference. Running code with a navigator is very easy. The simplest way is to run with Spyder.

There are many packages that we can run on Anaconda Navigator. It depends on specific versions of some packages. Data scientists use it. They use multiple versions of different packages and environments to separate these different versions. There is a command-line program, Anaconda, and a package and environment manager.

It makes the working easy for the data scientists as it ensures that each version of each package has all the dependencies it requires and works correctly. It is an easy, point-and-click way to work. You don’t need to type Conda commands in the terminal for this to work. Everything can be done inside the Navigator- finding packages, installing them, running them, and updating them. Conda users who have advanced in it can also build their navigator applications.

The package versions of Anaconda as worked by the package management system known as Conda. There is a mini version of Anaconda, too known as Miniconda. There are over 250 packages that are automatically installed in Anaconda distribution. Additional open packages are also available, which can be installed from PyPI, and the Conda package and their number are over 7,500.

Anaconda repository, known as the Anaconda cloud, helps install open-source packages individually. Custom packages can also be built and shared with others by uploading them on Anaconda Cloud. Anaconda’s unique features, such as its open-source installation process, are easy, high performance using Python and R language, and many more.

Anaconda Navigator has the most useful and popular applications like JupyterLab, Jupyter Notebook, and Rstudio. They are considered the most critical applications by Data Scientists. When these three are available on one platform, people stop looking for other applications. Three options on the home page are very important- environments, learning, and community sections.

Sometimes people miss the last one, but they are equally important. Anaconda Navigator is beneficial for both beginners and advanced ones. Some of the features included in Anaconda Navigators can be python training. It is a feature for beginners starting to learn coding or people who want to sharpen their Python skills. We can find it in the ‘learning’ tab.

You can find the python tutorial there. It covers all the main topics with statistics and data science theory and practice. There are video tutorials also. Specific videos for some instances of data sciences are assigned.

There is some Anaconda sponsored content also, which helps in learning. It is labeled as webinars, and there are 20 of these. Several different videos can benefit data science careers. They focus on individual contributors to leaders. Specific industries like finance and security are also there. The community section includes unique information on data science events. They can be conferences from significant companies.

The Navigator has many features that can help learn new concepts about data science coding. In the application only, there are solutions to the problems. It doesn’t matter if you are starting to learn or a professional. It is helpful for both. It gives you new features to try.

Ubuntu is a Linux distribution. It is based on Debian. It is free and open-source software. It has been released in three editions-Desktop, Server, and Core. We can run them on the computer alone or a virtual machine. It is a popular operating system for cloud computing. A British Company developed it.

Installing an Anaconda navigator is very easy as compared to other applications. It is automatically installed in Anaconda so that it will open automatically. The steps involved in downloading and running Anaconda are:

Getting the latest version of Anaconda

On the Anaconda Distribution Page, you can find the latest version for Linux. Copy that link to the installer bash script.

First, you have to log into the Ubuntu server as a Sudo non-root user. Then move into the /tmp directory and use “curl” to download the link you copied.

The next step is to run the Anaconda script. You will receive a notification to review the license agreement. Keep pressing enter until you reach the end. In the end, you have to type “yes” and then press enter.

Next, you will have to choose the location of the installation. Then, you can either press enter to accept the default location or specify a different one. After that, the installation process will start, taking some time.

When the installation is complete, you’ll receive the output. You can type “yes” and use the “conda” command.

By typing the command, you can activate the installation.

We can use Conda to verify the installation using Anaconda Prompt on Linux- Ubuntu.

After the Anaconda Prompt is opened, there are three methods to verify-

Enter “Anaconda-navigator”. If the application is installed and working, Anaconda Navigator will open.

If there are any problems or errors, many online resources can help. For example, Anaconda Navigator is beneficial, and data scientists mostly use it.

The system must have CentOS 8 installed for a smooth installation process. A user account is required with Sudo or root privileges. Access to the terminal window is a must. At least 5 GB of disk space is required for downloading the application and its installation.

Steps for downloading and installing

Download Anaconda via GUI or using the Linux terminal. To download it via GUI, load a browser window and navigate to the Anaconda download page and select Linux as your OS. Next, click Download, and the downloading will start. The default location for the downloaded file is in Downloads, but the user can choose the location on their own.

For downloading it via the Linux terminal, browse to the Anaconda download page on a different system and copy the URL for its download. The following needs to be entered for downloading the installer:

Ahead, move to the downloads or custom-selected directory and verify the file that you have downloaded. Next, verify the downloaded software with the SHA56 hash column value codes to confirm its authenticity.

Open the terminal window and navigate the downloaded file path to install the software package. After entering the below command, the system will prompt to review the license agreement.

Press ‘Enter’ and scroll using Spacebar through the agreement. Type ‘yes’ at the end to agree on the license. Next, confirm the installation directory of the package and press Enter. The Anaconda package will install with this and prompt you to initialize it with conda init. This will adjust the PATH variable for the smooth working of Anaconda from any directory on the system. Again, type ‘yes’ and Enter, and your installation is finished.

The prerequisites for Ubuntu Linux include a user account with Sudo privileges. Also, access to the command line or terminal window (Ctrl-Alt-T) is a must.

Steps for downloading and installing

We must update the local package manager of the system first. For this, open the terminal window and enter:

sudo apt-get update
If curl is not found on the system, install it by entering:

Now, download the latest version of the Anaconda package that is available. Switch to /tmp directory and use the curl to download the installer using the command terminal.

Next will be verifying the downloaded script. For this, Checksum is used, a security tool used to verify the authenticity and integrity of a script. The below-given script is entered:

A series of letters will be displayed on the screen, which has to be compared with the appropriate checksum or hash in the Anaconda documentation. This differs from version to version, so checking the correct version is essential.

Next will be running the Anaconda Installation script with the Anaconda installer’s bash script. Enter the following command:

After running the command, a license agreement will appear, which can be reviewed with ‘Enter.’ Type yes at the bottom to accept the agreement. This will prompt a default location for the installation. Thus, an ‘installation finished’ message on the screen is finished.

There are specific prerequisites for installing Anaconda Navigator on any machine. Python has two significant releases named Python 2 and Python 3. These versions are not compatible, and the user must decide the version they need for their project and install that. Certain essential steps are to be followed to install it correctly on your device.

This article was last modified on October 25, 2022 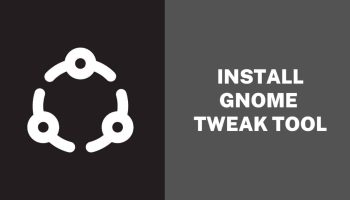